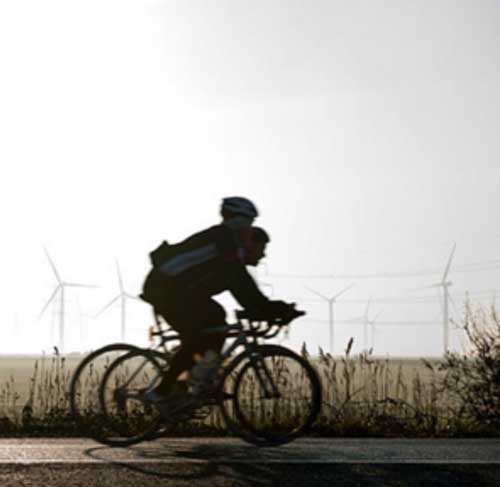 The National Cycling Route 2 runs right across Romney Marsh, from Hythe in the north east to Rye in the south west. From Hythe the route moves a few miles inland taking quiet country lanes through the picturesque villages of Romney Marsh including Burmarsh and Old Romney.

After passing the historic town of Lydd, it’s back onto a traffic-free cycle path most of the way into Rye, rejoining the road only at Camber.

For an alternative route between Hythe and Old Romney, take the A259 out of Hythe. After a couple of miles or so the road rejoins the coast and from here you can follow the seawall along the beachfront through Dymchurch and on to Littlestone.